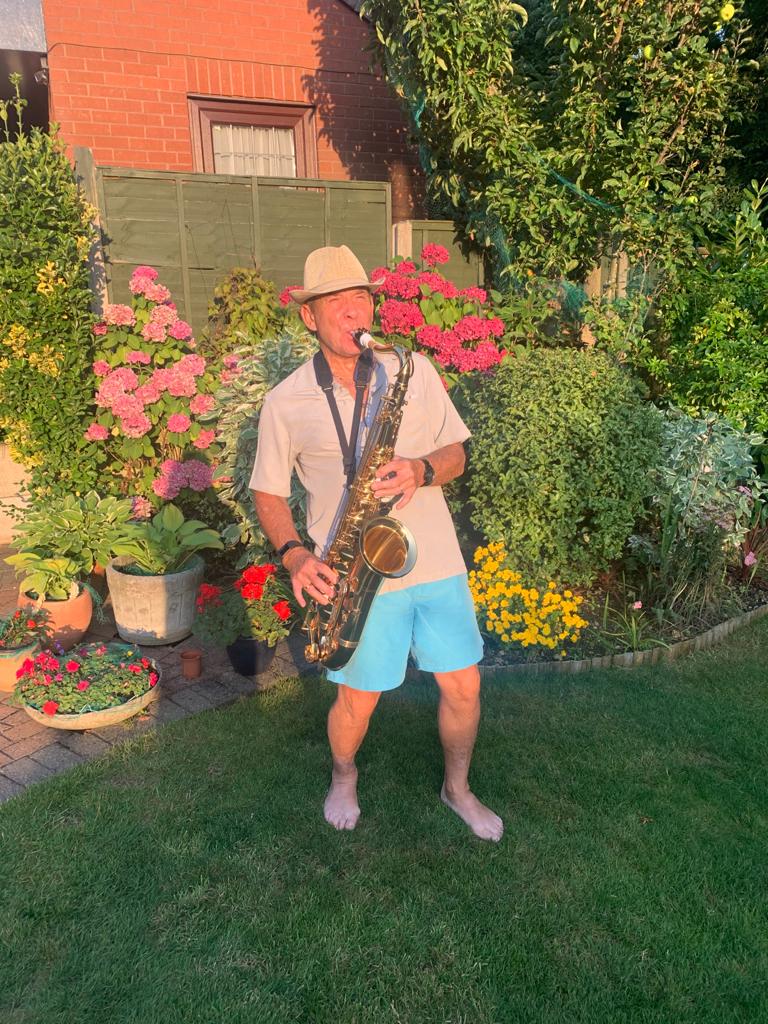 So, who would’ve thought that we’d have been officially told we couldn’t go out Observing for at at least 3 months – well certainly not me nor any of my colleague Observers either. The IAM were very quick to tell all affiliated groups that because of social distancing and being in lockdown all training had to stop forthwith. This meant that firstly our individual insurance cover would be invalid (well, that’s what the underwriters would say anyway) as well as the cover that the IAM offer the Observers when they are doing an official Observed session and obeying all the rules. The additional issue was that because everyone was told to ease the pressure on the NHS it would be socially irresponsible to put the overstretched ambulance service under further pressure because of road accidents. In ELAM and all other groups we know that our training helps us to become safer riders and drivers, but we are sometimes in situations not of our own making and this is even more relevant for the larger biking community outside of IAM groups. In any case there was the threat of police prosecution for any motorists or riders being away from their house (except for a few limited reasons).

Like other Observers in the group I had Associates from previous courses who still had some final “tidying up” to do in their rides to get through the IAM Test. There were no complaints about the ban on training as we were all under the same rules. We also had to take into consideration new Associates to the group who had signed up to take the course in April. This was cancelled indefinitely and, at the time of writing this piece, we do not know if we can start training these individuals in September when the third course of the year was due to start. I advised my Associates who had the time (because some were still able to work full time) to take the opportunity to keep their bike in good shape and if they were able, to get down to some maintenance work if they were capable. YouTube is a great tool in this respect. Check the tyre pressures and avoid flat spots from forming by moving the bike a bit every week or so. Keep the battery on charge and the chain lubed (if they have a chain). Check there’s no vermin setting up home in the cockpit area if you have a garage that may be a bit damp or musty… it happens. One of my friends a few years back found a blackbird nesting there with 3 tiny chicks in it screaming for food.

The other suggestion I made was that as there’s no riding it’s not a bad idea to do some bike specific exercises such as: squats for the quads and hamstring muscles, also abdominal/core work – this helps focus your seating position on the bike into a good posture so you’re and more able to grip the tank. Upper body exercises will help you avoid fatigue when holding the bars on longer rides. Specific weights are not required for these things. I was doing lunges walking around my garden with 6 kilo packs of plastic milk bottles in each hand – I could only work with what I had. It was enough – something’s better than nothing. On the forum and WhatsApp groups there were some nice suggestions to avoid “cabin fever” about getting your gear on and sitting on your bike and using your laptop playing a trip of a race circuit or travelogue there’s loads of online footage.

We were blessed with exceptional weather for most of the lockdown and I’m sure like me you really did have the opportunity to get some of those things done without missing out on your recreation. Like sunbathing – gosh I almost got badly burned. I have a garden that I could take all day over doing anything or nothing and a garage desperately in need of a very good tidy up and clear out. My “To Do” list included : jet wash front drive and rear patio and then re-lay part of the patio paving which had subsided, mend and paint the garden fence, paint the garage floor yet again, and take up playing my Saxophone which went into hibernation the day I got on a motorbike about 2006. I even decided to build a bird box out of some spare wood lying around. Now, later, despite a little sign saying “box to let”, it remains vacant.

Due to having low immunity, I was told to remain at home for 12 weeks, not go outside not to mix with anyone from outside my household – but I was relieved to hear I could have a window open. This would have been a real problem for me because like you all, one of the reasons we all enjoy biking is to get out and be liberated from our normal routine.

The essential thing for me and Mrs. S. being retired “old folk” was to establish a routine. We both are very active and regular exercise is nothing new to us so it wasn’t hard to get a morning physical workout session led by Joe Wicks who, if you have been abroad, became an internet phenomenon and diet guru a few years ago and had many thousands of followers all filling themselves up to bursting with Kale and Quinoa (work out how to pronounce that yourself!). What he did was aim at kids that were stuck inside with their parents and were going to stuff themselves stupid and get obese in the process. Actually, we did these workouts every single day (Ditto, didn’t get any easier lol Ed.)and it gave us the start of a routine whilst getting us very worked up and ready for the (slow) day ahead. I would supplement these sessions with circuits of the garden (10 equalled approximately 400 metres), plus I strapped some old cushions to an outdoor post as a makeshift punchbag, very effective too – heart rate up from 52 bpm resting to 150 in under a minute ; very high for me as an old git. I also tried a bit of skipping outside then remembered how tiring it is… so that died an early death.

After exercise a nice home made Latte with a biscuit to reward me for the workout – but sitting in the sunshine made the whole morning a real pleasure. Joe’s workouts were streamed live at 9.00am – we were down for breakfast at 9.30 and got round to the workout at around 11.30am – what was there to rush to wake up for….

By week 10, My garden was looking a whole lot better, the garage was tidy and my bike was still shiny with slightly over inflated tyres (2lbs). My Saxophone playing was going great or so I thought. One of my neighbours was knocking on my front door at 2 am! You know, if I hadn’t been playing my Sax I don’t think I’d have heard him. Going outside to clap for the NHS workers one Thursday evening another neighbour commented on how much she enjoyed hearing me playing my bassoon! She lives about 100 meters away and is a bit hard of hearing so I kept my comments to myself. I later found out that she’d taken up the ukulele with a little Zoom group of hers.

For six weeks we had regular family quizzes via Zoom (which no one had heard of in February) organised by a cousin with 12 households involved. They were very slick, but annoyingly, to make it fair to younger members of the family (i.e. 15-30 yrs) there was nothing that you could know from general knowledge. Questions such as which has the larger population Wales or Switzerland. Who drinks more beer per head per year Spain or England. What does the word kirtle mean ? etc., and brain teasers that no one over 30 could work out. We quickly hated coming near the bottom. However the period of isolation had some real benefits such as more time for families to stay at home together, time to catch up with old friends who we hadn’t had any contact with – you knew everyone was going to be at home. And a chance to clear out my stored collection of films on Sky Planner and put a whole load of new ones on. We even watched some box sets of things people had recommended over the years. Most of them were very good – but I can’t remember which.

As Membership Secretary for ELAM I still had correspondence coming in from new applicants so I had to deal with them and explain our situation regarding starting up again – difficult to put a time on that as we were completely in the dark about when we could ride our bikes without fear of prosecution. I suspect the new inquiries and applicants had probably been considering their travel and commuting plans for when work would resume. Lots of benefits riding on a bike – all that PPE without any new additional expense, we’ve got the gloves and the visors after all… without buying anything new.

As we were given news that in July we could be released from house arrest – I was really glad to take a nice easy “Bimble” into the Essex countryside to re-acquaint myself with the bike and get my bike senses back to normal.