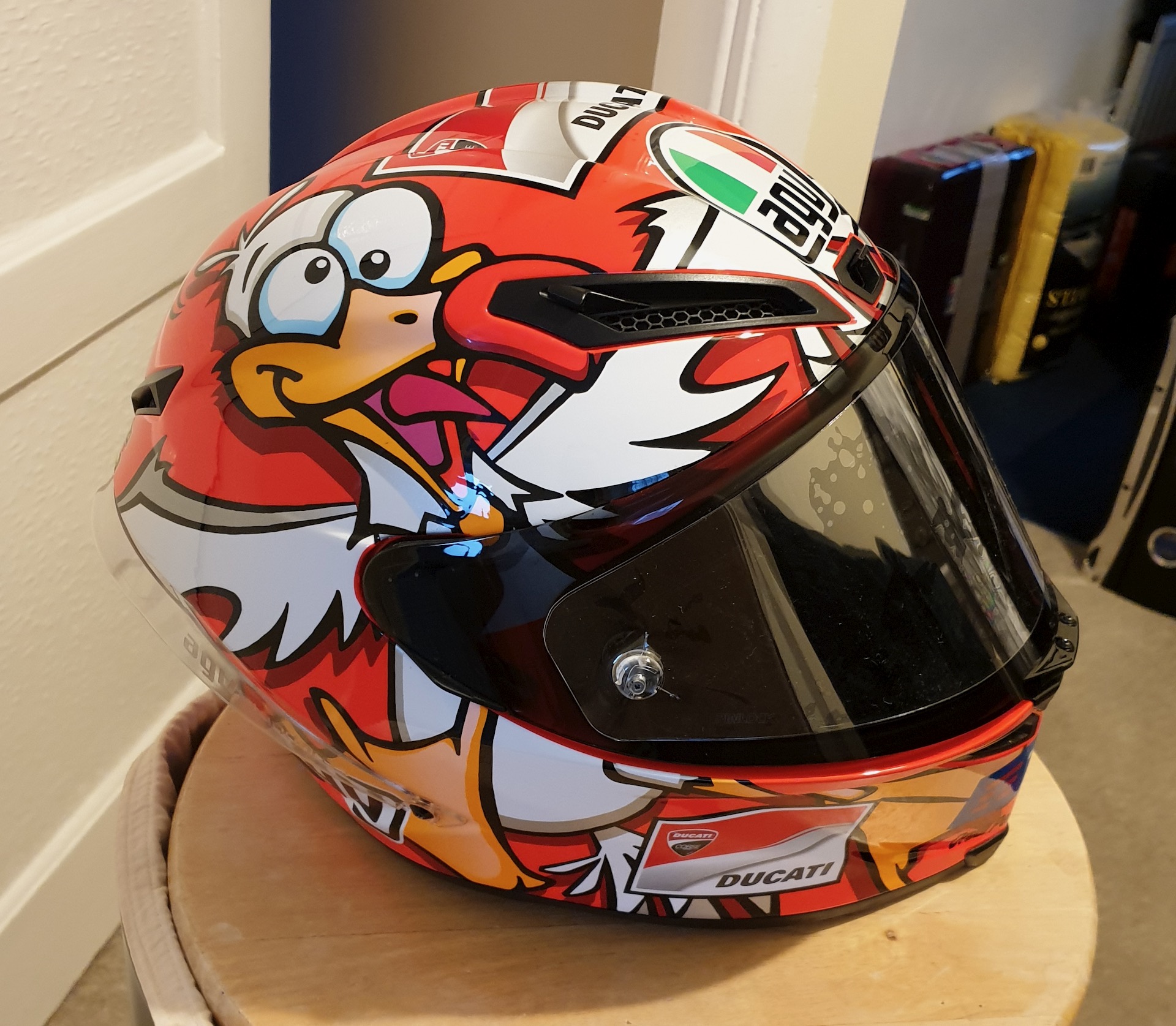 There’s a new kid on the block (OK they’re nearly a year old). Who are Ruroc? They made their name making snowboarding helmets which are by all accounts rather good. It was put to them that they should make a motorcycle helmet, and low and behold they did. So are they any good? Well being a bit of a helmet junkie, I bit the bullet and ordered one of the first made, a limited edition no less (told you I’m a junkie!) Obviously I didn’t rush in eyes shut, without ,doing some research. 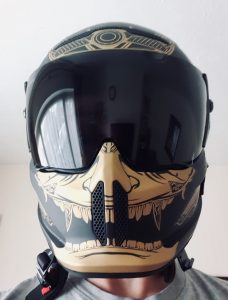 It all looked good on paper, carbon fibre shell, plenty of ventilation, very good vents, safety certification etc, and it looked great, that’s the thing I look for and I make no apology for that. It arrived – eventually (delivery date moved a couple of times), but as it was their first batch, they had some problems getting the shells made and delivered (shells are made in Italy). The box it came in was very nice and sturdy (take note AGV). It also came with 2 visors, a clear and tinted, which makes a nice change and saves a few bob if tinted visors are your thing, I confess they are mine.

Here’s a minis point the visor although not difficult to remove/swap has to be removed with a supplied Allen key, however who wants to carry it around when most other helmets have quick (no tools required) release systems. The interior was very plush and comfortable once on, however it was a tight squeeze getting it on and even harder to remove, my poor ears took a battering. The interior can be removed and altered to get a better fit.

The visor opening was indeed very large offered great vision, but very stiff , and probably quite hard to open one handed while riding. One very novel idea Ruroc have brought to the table, is the Bluetooth communication device (brought separately) actually fits snugly into the back of the helmet, hidden away, for those who don’t like devices attached to the side of the helmet.

Well 2nd helmet arrived all good, now for a test ride. Ventilation was extremely good, however I could see a problem, the vents couldn’t be shut, so I’m guessing in winter, your face would probably get frostbite and your nose would probably still be in the helmet when you take it off. After a while I developed a pain in the back of my head. On closer inspection I found one part of the removable padding had folded over and was digging in my head. Once sorted, the pain was gone and I carried on.

So the burning question is, is the Altas a good buy?? I suppose it depends on what you’re actually looking for ,if you’re looking for a good looking (eye catching) sporty helmet for summer riding then bearing in mind it’s made from Carbon fibre, it’s worth a look. However, if you looking for a sensible all year round all weathers helmet then I’d look elsewhere.

Another question is it good value, again being full carbon fibre yes it is at £300 – £350 depending on design. A similar AGV carbon fibre helmet can cost double. If you take the carbon fibre shell out of the equation, it is a good helmet, but not a brilliant one. Its a very good first attempt, but room for improvement. 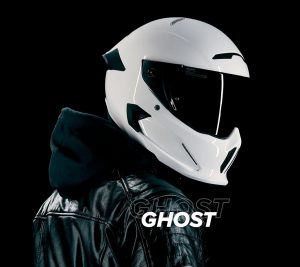 Well the updated Atlas mark 2.0 model has been released, with 11 upgrades, so I’m hoping it’ll be a much better which can only be a good thing, especially as Ruroc are a British company. Although I haven’t seen it myself, it does look as if a lot of the problems (as has I saw them) have been addressed. Which is very good as it proves Ruroc do actually listen to their customers. So with these upgrades it makes the Altas 2.0 a much better option.

However, there are still manufacturing problems, for instance my faulty Shockwave has yet to be replaced 3 months after I told them about it, so no review of that. They have been very apologetic. However who really wants apologies, we want problems sorted or no problems at all.