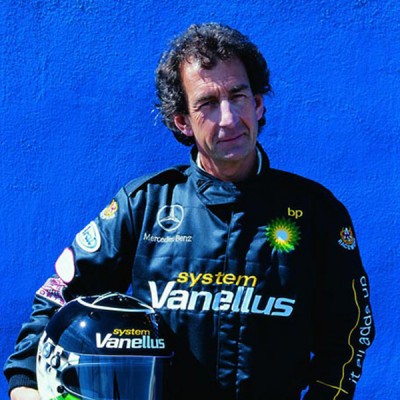 After numerous track day’s (the first being ELAM’s very own Folembray) and choosing to go and stay into the intermediate group, I finally decided to move up to the advanced group. Well, say decided, a fellow ELAMite and good friend Tom informed me of a track day he was doing. When I got around to booking the said day, the only spaces left were advanced and being a bit of a scaredy-cat, I was very undecided whether or not to book. However, when I told Tom, he came back and said he moved from intermediate to advanced. Well there was no way I could back out now was there, so I booked into the advanced group, I must admit I was a little scared (those who don’t know there are generally 3 groups to choose from – Novice, Intermediate and Advanced).

Some people call them slow, medium and fast, which in my opinion is wrong. Yes generally people in advanced are faster than intermediate, however, it’s not all about speed. Being advanced is more about the accuracy of your riding, knowing track riding, apex’s, lines, positioning etc. If you are not aware, corners are taken differently on track compared to road riding. On the track, corners are approached in a way to take them a quickly as possible, whereas road riding corners are taken with safety in mind which may mean taking a longer route around a corner.

To be fair, my main concern wasn’t about myself, it was about others who are in the advanced group who may well be much better than me, and the last thing I’d want to do was ruin their day, by being a mobile chicane.

Anyway, the with the day approaching, I prepared my kit and bike, got the van, yes I take the van rather than ride for a few good reasons, you can take food, drink rather than paying extortionate prices at the venue, same with petrol, take spare clothes, helmets even, and after a track day as you’re both physically and mentally tired it’s a much more relaxed journey home.

I was up early, maybe due to excitement or possibly it was fear, so rather than sit indoors I decided to leave early. It certainly beat the traffic, managed to bag a garage, which is more difficult nowadays with COVID. So I unloaded the van, being selfish I put all my stuff all over the garage, so I could reserve the space for three of us, Jack, another ELAMite was also coming, to be fair, I didn’t stop anyone else getting a garage, as both Jack and Tom were also quite early.

With COVID, briefings were done online rather than in a room at the Track, which is something I rather like, so COVID has its advantages, but you still have to queue up to sign on and get your wristband (no wrist band no track day). Next up noise testing, too loud and you’re not allowed on the track, so owning a Ducati, passing is never a foregone conclusion.

different tracks have different limits, but on average the limit is between 98 to 102DB’s.

I once did a track day at Brands Hatch and one bike blew 125DB’s , the only way he was getting on track would be if he pushed it around , and with the bike being a Harley Davison, I doubt he’d get far.

So with the formalities out of the way, it was time to relax, or in my case stress out a bit. Soon we get the call to line up in the pit lane, we are led out on a couple of sighting laps. You may be thinking, if you’re a group of advanced riders why do you need sighting laps? Well, it’s to see/feel how the track is, it might be damp or greasy in places. Once we complete the sighting laps we are free to go, I took a little more care being a novice in the advanced group LOL, but built up my speed during the session and throughout the day.

So rather than bore you anymore with my daring deeds, I’ll just summerise the experience in the advanced group. After the initial trepidation, I thoroughly enjoyed the day, learnt from the more experienced guys and wasn’t the mobile chicane I thought I might have been. In fact, I believe I held my own and although I wasn’t pulling up any trees, I was comfortably in the middle of the group.

Also, because the group itself was quite small, probably half the number in either the novice or intermediate groups, there was plenty of space on the track, so although the pace was faster the group was safer. So, if any of you other guys/girls are in the same dilemma I was in, make the leap, it’s worth it. 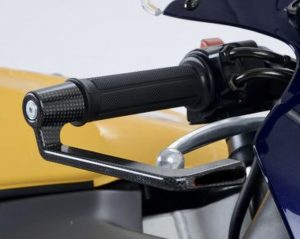 Just a side note, for those who may be considering doing a track day, it has been announced that brake lever guards will be compulsory from January on any bike doing a track day. Just in case you are not aware what a brake lever guard is, or what’s it does, it’s a small piece of metal/plastic, even carbon fibre that’s fitted to the end of the handlebar, that protects the brake lever from being applied by accident, or contact from another bike.

In all fairness it’ll hardly be needed on Trackdays as close passing or coming into contact with other bikes is a big no-no on Trackdays, after all, it’s not racing. However, the powers that be have decided to make them compulsory.