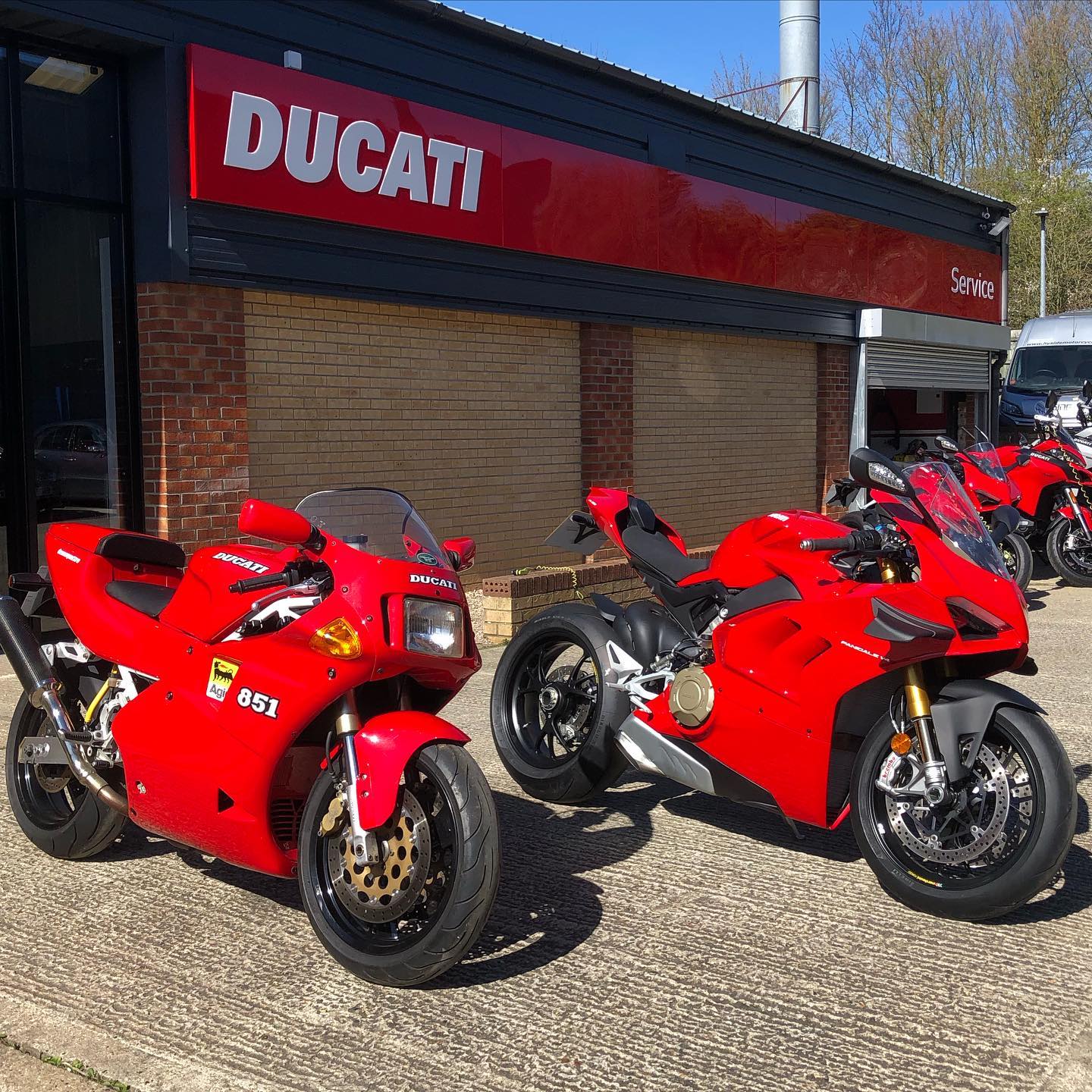 A lot of people will know them as Hyside (a strange name for a dealership I admit), from Collier Row, who moved a while ago to better bigger premises in Romford, and have now moved again to even better, bigger premises in Maldon. Now known as Ducati Chelmsford, yes we all know including themselves they are in fact Maldon, but Ducati insisted they are called Ducati Chelmsford, don’t bite the hand that feeds you I guess. To me though they will always be Hyside.

Their new place is considerably bigger, more floor space (more bikes 😁), loads more parking, which was a major pain in their older shops, if you had any other vehicle apart from a bike, and dare I say it, it feels a safer place to leave your bike than Romford.
They even have a cafe now, so you can have a bite to eat and a coffee while you wait for your bike to be serviced, or just stop by on a ride out.

Not only do they do all the latest Ducati’s, they also have a second hand section, but not just the usual part ex’s. Although always welcome and readily available, they have a dedicated section for older classic bikes, from Yamaha RD’s, old ’80s and ’90s superbikes etc. I brought my first Ducati from them back in 2013, and although my Ducati ownership hasn’t been without problems, the dealership has always been there to offer help and advice. So much so, I’ve gone back time and time again. Even on my first visit, when they didn’t know me from Adam, they let me test ride the brand new 899 Panigale. Since then I’ve been able to borrow any bike for a test ride. Even the £24k Panigale V4s. I have heard though from other people in the past, that they haven’t been able to test ride certain bikes, perhaps I have an honest face LOL!

At every service I’ve been lent a bike to get back home on, no problems. The one thing I don’t like, actually hate, is a hard sell whenever I’m buying anything. The guys at Hyside have never put pressure on me to buy, no hard sell, even when I’ve been on the fence about buying, they have never pushed and maybe that’s why I continue to go back. Personally I like the staff, they’re always helpful and now I know them quite well. Peter the chap on the service desk, is a really nice down to earth helpful guy, and he’s always given me discounts (perhaps I shouldn’t say this, don’t want him to get in trouble). I do feel now that I’m a friend , not just a customer.

Maybe it’s worth a ride out, even for a coffee. Their jacket spuds have been highly recommended.