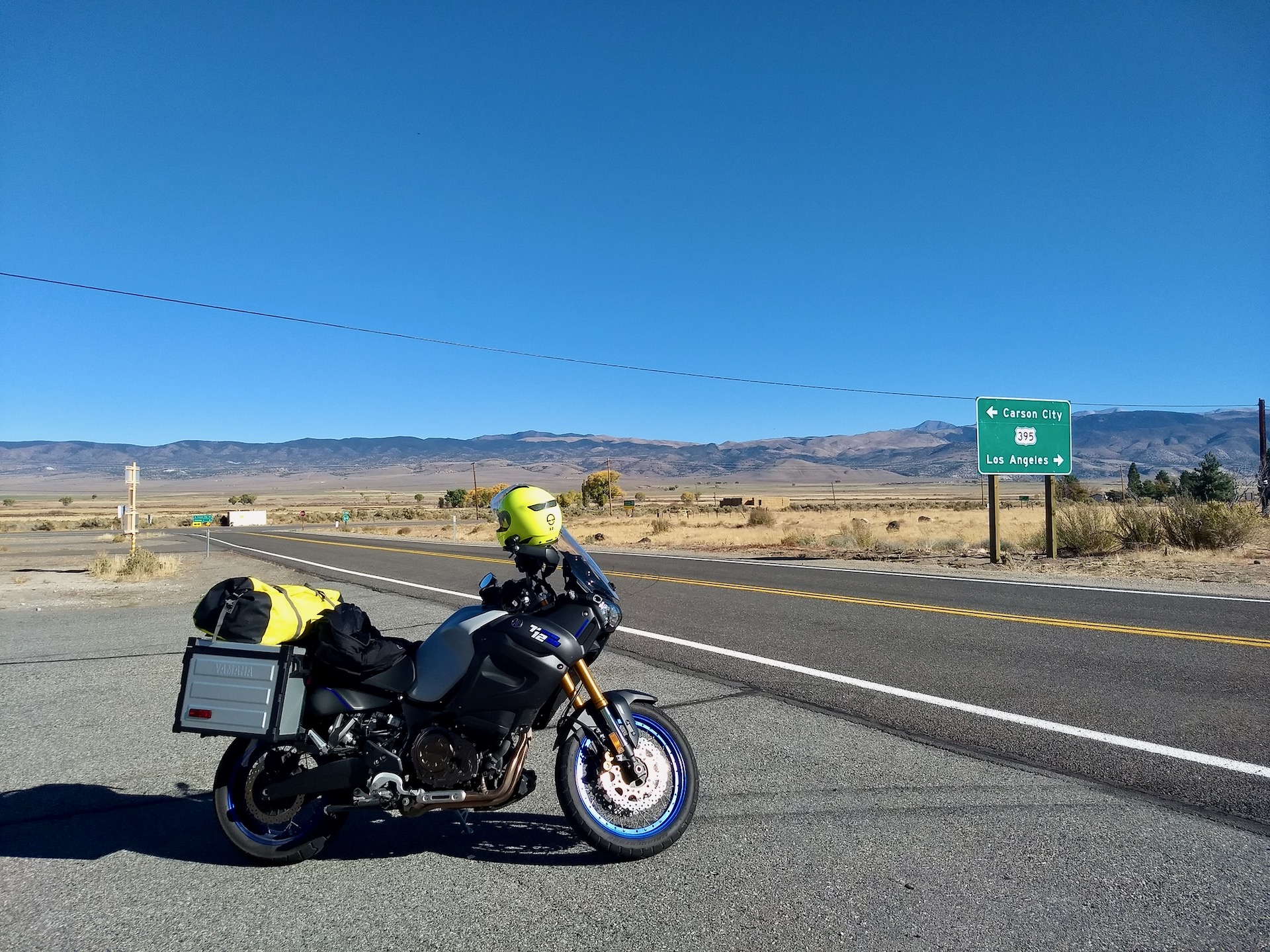 So, last Autumn when my boss asked if I could head out to San Francisco to visit a big Biotech customer for a few days, my mind naturally pondered what else I could do whilst out there? I mean it’s a pretty long way to go to just spend three days with a client and there’s a hell of a lot to see in California.

I had visited The Bay Area several times in the past couple of years on work trips, often managing to blag a weekend to myself to rent a motorbike and explore the nearby vicinity. Typically using my work booked hotel as a base whilst I head out on day trips on big Harleys. Bash a Harley as much as you like, you can’t beat cruising down the ‘Big Sur’ Route 1 on a Hog for shits and giggles! On previous trips I had ridden some of the best San Francisco motorcycle routes, down the Pacific coast, through the huge redwood sequoia forests, climbed Mount Hamilton (1300m) and Mount Diablo (1173m), ridden through the Napa Wine Valley, down to Santa Cruz, through the streets of Oakland, San Jose, down-town San Fran and of course cruised over The Golden Gate Bridge. For this visit however, I wanted to venture further afield and motorcycle trip to Yosemite was in my sights.

Yosemite National Park is a site of inordinate natural beauty, located about 180m inland from San Fran, encompassing a large 100 mile wide mountain range, deep sequoia forests and huge granite mountains with spectacular cliff faces. It’s a massive tourist magnet, filled in the summer with campers, walkers, climbers; but in the winter the high mountain pass are closed with snow. I was fortunate enough to take my trip at the end of October, right at end of season, but touch and go if the passes will be closed from early snow. As it happened my trip plans were threatened not by snow, but by forest fires! A couple of the routes into the park were shut from fire and smoke a couple of weeks before I arrived, but thankfully cleared just in time.

My overall plan was as follows:

More info on exact route and my planning Yosemite motorcycle adventure on my blog.

Crucially for this trip I would not have a fixed base to dump all my gear, so I would have to lug around a my work clothes and laptop. California weather would be hot, but the Tioga Pass at 3021m would definitely be chilly and likely quite changeable. The route also has some long stretches with no fuel stops, so some careful choice of gear and bike was needed. I plumped for a Yamaha Super Ténéré XT1200ZE, figuring it would by comfy, munch the miles, handle any rough conditions and happily cart my luggage. Oddly it was also much cheaper to rent than big Hogs, GS’s, Bonneville’s and even Tiger 800s, thus deal sealed. When renting bikes the headline price always looks reasonable – $79/day for the Super Ténéré, but there’s always added costs of insurance, damage waiver, breakdown cover, state taxes, environmental surcharge etc, so I ended up paying £370 total for 3 days.

I packed all my gubbins in a big Lomo dry bag, boots, heated gloves, textiles and took my own lid as hand luggage. Renting a bike with lockable hard luggage is a must for when parked up in random places (especially when carrying my work laptop about). A couple of Rok Straps secured the rest in my Lomo bag across the panniers on the Ténéré.

The plan all came together in proper A-Team Hannibal style

Weather was perfect with super sunny blue skies throughout, though it did drop to 2-3 C at night and I definitely appreciated the heated gloves and multi-layered textiles on early mornings. Riding across Yosemite on a Monday out of season couldn’t have been better, with roads through the park very quiet, I was only held up behind a couple of slow caravans. Yosemite Park really is breathtaking, beyond words. Epic mountain climbs, gorgeous vistas, perfect smooth roads twisting through the forest, stunning plateaux plains, huge granite rocky outcrops and crystal like lakes, and the descent down on the east side makes one feel tiny and insignificant against the huge mountainous backdrop. Words just don’t do the place justice, so check out my little video of the ride through Yosemite.

The Wawona Hotel I stayed at in the park was an interesting old 19th century forest hunting lodge with loads of character. Classic victorian lounges and all rooms opening out onto grand verandas, though no en-suite, so definitely appreciated the thick dressing gowns provided to head out to the loos along the veranda late on frosty nights – brrr!

Lake Tahoe was another resort I caught out of season, a popular base for skiing in the winter and water sports in the summer, but for me a town full of cheap motels ($40/night). The California-Nevada state line runs through the town with big casinos on one side and more civilised bars and restaurants on the Californian side. I didn’t gamble and spent my tokens in the local Stateline Brewery bar, which served up some good craft IPAs and blondes. The route back wasn’t as pretty as Yosemite, but a stop off in Sacramento old town, the original terminus of the Pony e=Express was a highlight. Like stepping back in time or onto the set of a western film.

I really enjoyed the Super Ténéré, thought it was a great Yosemite dual sport bike, though it’s the first big adventure bike I’ve ridden (and first shaft bike too), so I can’t compare it to a GS, KTM or Tiger. I found it super comfortable, great for putting in the big distances and I loved how the active Öhlins suspension soaked up every bump. I initially found the ‘Sport’ mode a bit snappy, so favoured the ‘Town’ mode for the first day whilst I got familiar with the bike and away from San Fran and Oakland conurbations. But later, the Sport mode grew on me and all the bends just flowed nicely, I never felt things getting out shape, it just took everything in its stride with plenty of torque on tap and inspired much confidence. I did have to drop the screen to lowest setting, higher up I just got a wind blast directed into my face. The XT1220ZE is definitely a big bike with more weight than I’m used to, 261 kg wet but I had panniers and much luggage too, however, I only noticed the weight when stationary or man handling the bike about. The seat height could be adjusted, but at 185cm tall I could almost flat foot it as is. It does have pretty wide bars with bark busters which certainly tempered what lane splitting I could do and probably the big deal breaker for me buying one here in London for commuting.

Of course, I’m sat here now 8 months on working from home, still haven’t been into the office since March and wondering when or if they’ll be more work trips abroad. Remote working and conference calls have always been a regularly used tool in the software industry, but now even more so. It’s looking ever likely it could be quite some time before work next jets me off to some far flung location where I can tag on some biking time. Nonetheless, Yosemite was definitely a great last hurrah and an unforgettable experience.